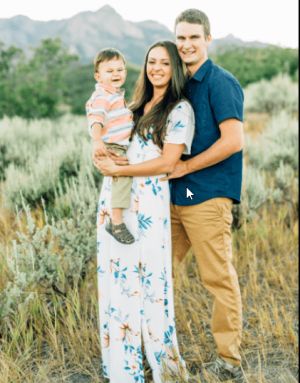 Zack has been in the window cleaning industry since 2006, starting his own company when he was seventeen years old. Growing up working was something expected of him when he was not at school. By the time he started his first window cleaning company, Zack’s Glass Cleaning he had worked as landscaper, carpenter, framer, taxidermist, worked in a wood mill, mowed lawns with his grandfather who called him the Rocket, house keeper in Nova Scotia Canada, artisan cheese maker and door to door salesman. For Zack work was already a way of life at a young age.

Zack’s Junior year in High school he took a business class that was taught by Mr. Anderson. He was also over the DECA club at the school. Mr. Anderson helped him write his first business plan and helped him design his logo and create a first brand that Zack would be proud of. Mr. Anderson was sure Zack would win state with his business plan and his enthusiasm about business. Zack took the decision to start the company in place of competing with the idea of the company. With zero experience in the window cleaning world he called a company in the phone book got a bid for his dad on his house and learned how to bid a job. He took his own money bought his first truck cellphone and squeegee and scrubber. There was not much money left over for a fancy holster or bucket so he cleaned out an old paint bucket he found in a construction dumpster and went to work. There was not enough gas money to drive to a neighborhood to make sales so he walked from his parents’ house door to door. The business quickly grew and money became easy with grit and determination.

Almost 2 years after starting the company Zack made the decision to serve a Christian mission for the LDS church. He was called to serve in the Sao Paulo South, Brazil mission and would be speaking Portuguese. After returning home he quickly started operations back up in his window cleaning business that he had put on hold to serve his church. As business grew faster than expected, it was time to look for some help. Zack reached out to his best friend from high school who saw the potential in the company and chose to partner up and to handle the growth together. With the extra help and Anthony’s many skills the company continued to grow rapidly.

Not only was Zack’s business life flourishing so was his personal life. He married a beautiful girl Karen a year after his mission and they now have a very rambunctious son Hudson. She is supportive of all of Zack’s ventures and crazy ideas and never complains about his love for his work.

The end of 2016 the decision was made to divide the company into two parts the residential would become Zack’s Glass Cleaning and The commercial contracts would be placed under a new business Utah Commercial Window Cleaning. Zack and Anthony realized that a window cleaning business that focused on and only on commercial window cleaning that was able to cover a large area would be a niche in the window cleaning industry. Zack never stops thinking and learning how he can be better for his customers and his family. He works tirelessly to provide a service that he is proud of.

Interested in a job? Tell us a little about yourself and we’ll be in touch.

Call to get a free estimate for your commercial window cleaning service.